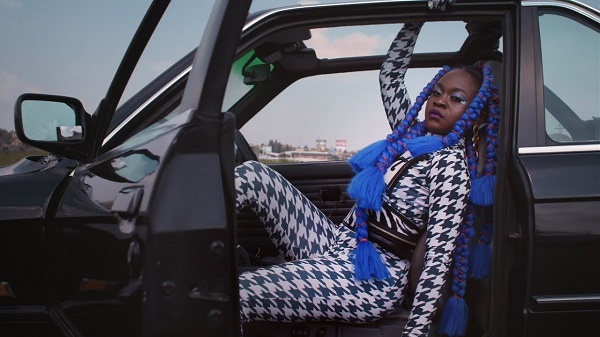 Zambian singer and songwriter, Sampa The Great has released the visuals to her new single titled, “OMG“.

Consequently, the singer premiered this new single in anticipation of her upcoming album tagged, ‘The Return‘ which is expected for release in September this year.

According to the singer, “OMG is a flex of the culture and art coming out of the continent today.
Glad to be a part of a group of people who find joy in sharing the beauty of where we are from and who we are.

This song is part of a body of work that will be released later this year. Shot in South Africa and Botswana with a special appearance by my parents!”.

Finally, the video is fresh and colourful, showcasing lot of dance steps in different cultural attires.