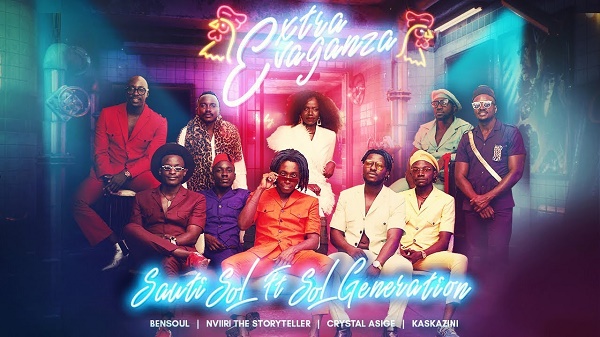 The band comes through with Extravaganza which they features Bensoul, Nviiri the Storyteller, Crystal Asige and Kaskazini.

The single serves as a follow up to their recently released track tagged: “Love On The Dance Floor” featuring Toofan.

Finally, the video was directed by Mbithi Masya.