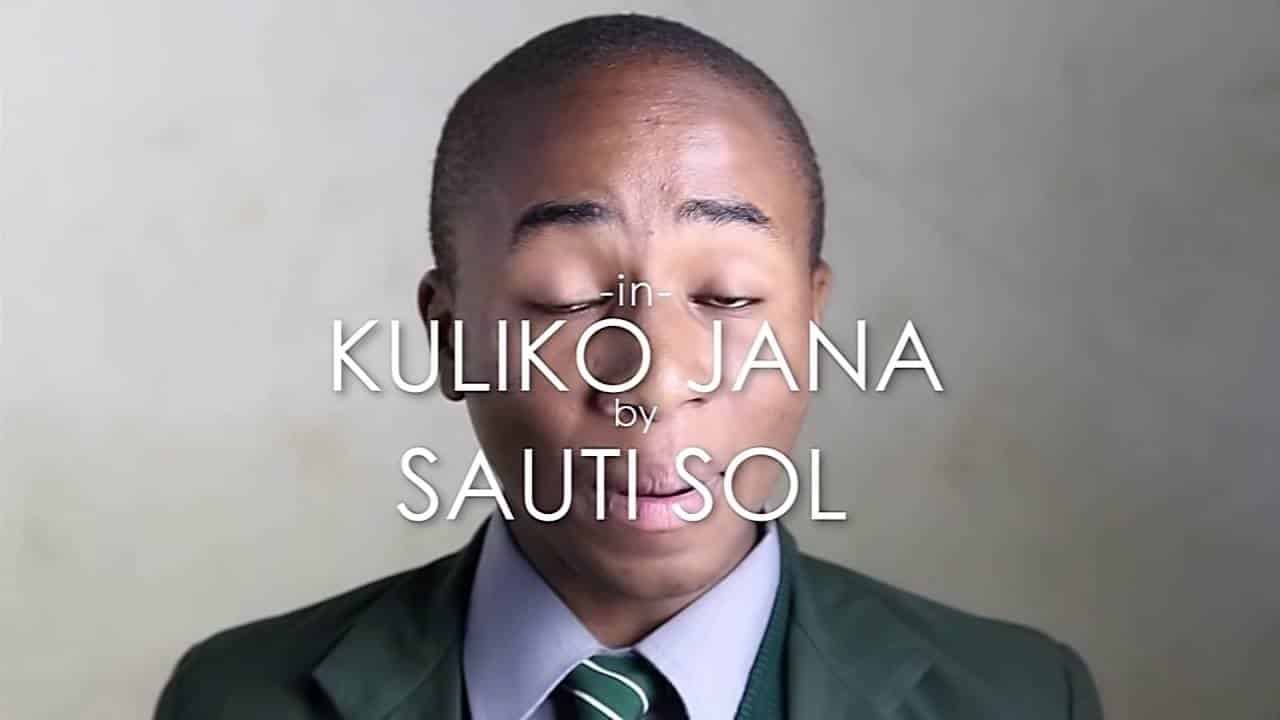 Bien of Sauti Sol explains the meaning behind the song, “It means the steadfast love of the lord never ceases, His mercies never come to an end – they are new every morning.” Featuring Redfourth Chorus (Upper Hill School), the song’s beautiful yet powerful message has stormed the charts and resonated with fans across Africa and beyond.  A viral clip of Sauti Sol in an a-cappella version of KULIKO JANA with the Redfourth Chorus caught the attention of international celebrities and media to the point where Amber Riley, star of the Emmy award-winning Show Glee, posted on Instagram, “I don’t understand what they’re saying but I know it’s beautiful. Sounds angelic- anyone know if there’s a full video?” Other celebrities who posted the viral video include Master P, Anthony Hamilton, JB Smoove and WorldstarHipHop, among other international news sites.

In the newly released black and white video of KULIKO JANA, Sauti Sol reunite with the young, immensely talented Redfourth Chorus for some musical magic. Sauti Sol said in a statement: “KULIKO JANA is a very special song to us. It was inspired by our journey and the everlasting mercies, love and favour God has shown us through out despite our shortcomings.” KULIKO JANA video has been produced by Fulfillment Limited, and shot in Kenya by the directors: Tim Mwaura and Joash Omondi. The song has been written and produced by Sauti Sol. The a-cappella version was co arranged by Philip Tuju and the Redfourth Chorus.”