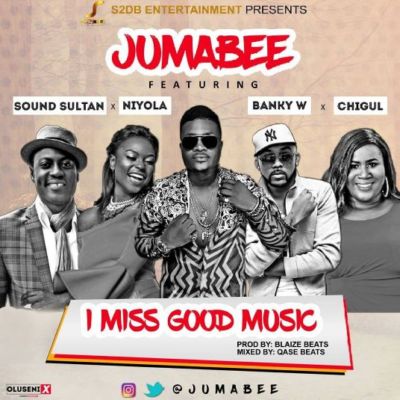 “Barely a month ago, Jumabee released his star studded single, I MISS GOOD MUSIC which is definitely a nomination for collaboration of the year, featuring Sound Sultan, Niyola, Banky W and Chigul.

After several weeks of enjoying huge acceptance on the Internet, massive AirPlay across radio stations and featuring at the top of chats including the official TOP 10 MTN countdown, S2DB Ent releases a perfect complimentary visuals.

The creative video is guaranteed to be on replay and also in top contention for music video awards..Directed by prolific video director Avalon Okpe.”