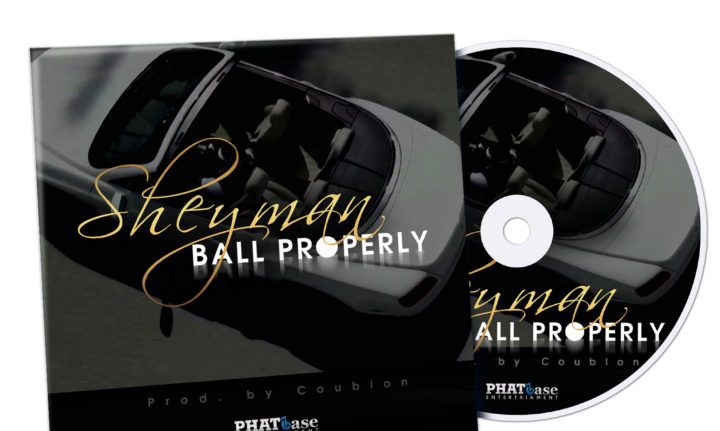 “Sheyman; Nigeria’s king of melody releases a new hit single “Ball Properly” together with a video for the song. The song was co-written by K9 and produced by the hit master: DJ Coublon. The video was shot and directed by the super talented Patrick Elis in Miami, USA. ‘Ball Properly’ is a pop song in its own lane. It opens up on subtle notes complemented with soothing keys and gradually dovetails with a catchy hook. It is definitely official, Sheyman just dropped the season’s official balling anthem.

Sheyman widely known as the king of melody is well known for his ability to turn out hits. He is a very talented Nigerian R&B singer-songwriter, and music producer. He has worked with majority of the key players in the Nigerian music industry.

“Ball Properly” is about balling as hard as you work – living life to the fullest and having a great time in the process of doing so. The song is available on itunes and all major music stores. “
Watch and Enjoy!