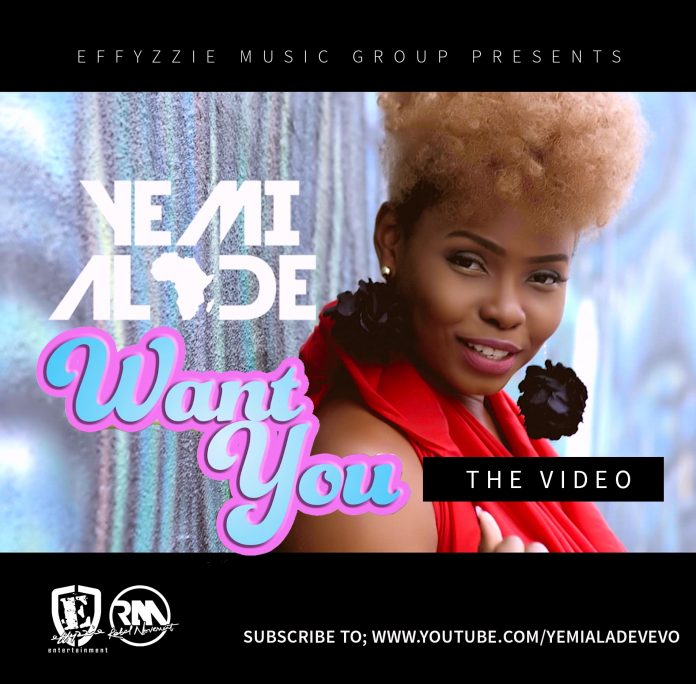 “Effyzzie Music‘s diva Yemi Alade treats music lovers and fans with outtakes from the production of the praised visual for her charting single “Want You”,

accompanied with the instrumental of the fan favourite.

Yemi Alade who is currently working on her third studio album and planning to embark on her world tour, which will see the singer perform with her Ova Sabi band in Europe, Africa, Asia, the United Kingdom and United States of America released “Want You” to rave reviews in July. Since the release, the Afro-Caribbean and electronic dance music fusion has been play-listed MTV U.K, MTV Base U.K and MTV Ireland, BBC 1xtra Radio, Channel AKA, Box Plus Network, Flava TV, Chart Show TV and more. The visual for the track has also topped the Coca Cola Top 10 Nigeria Chart and on the iTunes charts across the globe.
READ  Tiwa Savage, Yemi Alade, Tekno And Wizkid Make Nominee List For 2016 AFRIMA Awards

Lovers of Yemi Alade and “Want You”, can now watch and enjoy scenes and sequences that was not included in the final version of theOvié Étseyatsé directed music video as well as cop the official Maleek Berry produced instrumentation of the EDM smash.”