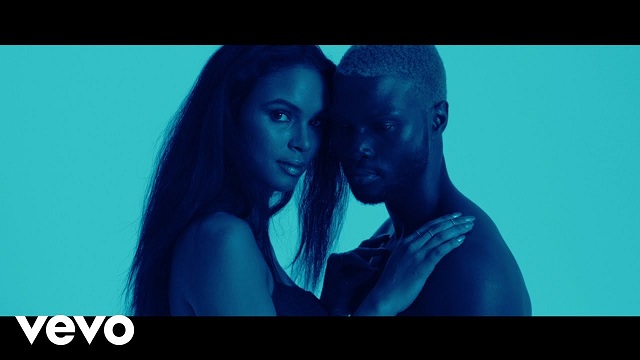 Paranoid’ is the fourth video to drop off WurlD’s ‘Love is Contagious’ EP which was released last month.

Recall, we brought you a report 4 days ago that Wulrd was about to premiere the video for “Paranoid” today, 12th April, 2019. Well, here we have it.

The video was performed by Sadiq ‘WurlD’ Onifade and produced by Oluwasheyi ‘Shizzi‘ Akerele.

Wurld was recently named “New Artist Of  The Month” by Apple Music.

Speaking on the release of the song some months ago, WurLD said: “Paranoid is a love song that takes the best of Afro-juju and pop music, all the while telling of the eventual nature of true love despite our fears and worries. The song seeks takes listeners on a melodic journey, as a man soothes his lover’s worries by assuring her of his love.”

The incredibly calming video was solidly directed by Samuel J. Roberts, a gifted filmmaker who doesn’t seem to miss any detail, even matching the flowers with WurlD’s bright blue hair.

When asked about the inspiration for the video, WurlD said: “I want my music to tell a story and that’s what makes it relatable; it’s what touches people. The visuals give life to the story and create a pathway for listeners to understand the prevailing emotions at play in the song.”

Watch the video for Paranoid below and share your thoughts.