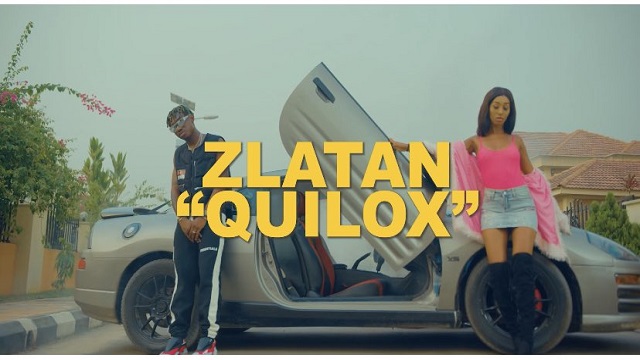 The Mansa Jabulani and Rexxie-produced record “Quilox” is named after one of the biggest night club in Africa. It was recorded after the recent saga with the Lagos State government few weeks ago.

Few days ago, Zlatan steered a publicity stunt as he signed a dog to his new record label.

The was video shot and directed by Naya Effectz.