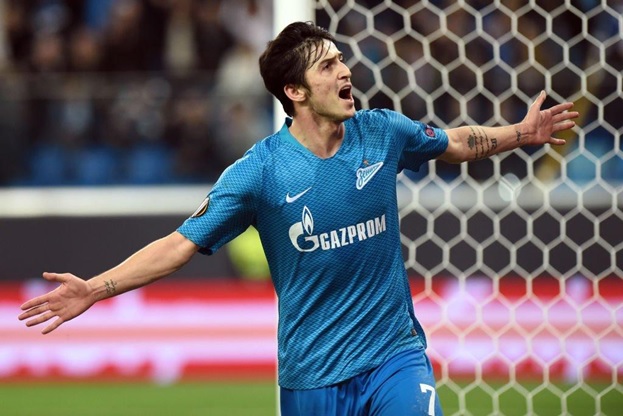 The Russian football Premier League is gaining momentum and it is already becoming clear who will fight for the first places in the standings this season. You can monitor the results of RPL matches online thanks to all today livescore section on the website of sports statistics.

Moscow Dynamo continues to sink to the bottom of the standings – the metropolitan club lost again, this time visiting Orenburg 2:0. After the match, the head coach of Dynamo, Khokhlov, announced he was resigning.

Another popular Moscow team – Spartak – continued its series of setbacks, too, losing 2:1 to Krasnodar in an away match. Spartak managed to play one point back, but it had no chances to score the second one.

Zenit, the current champion of the country, confidently defeated Ural at home 3:1. The team form Saint-Petersburg quickly opened the score and then developed success, but still missed one goal in the second half and gave little hope to the opponent.

Lokomotiv defeated Arsenal from Tula in a tough match 2:1 at home and was close to losing points. Thanks to this victory, Loko stays in the group of leaders of the championship. You can find the results of the round in the section of all today livescores on the sports information website.

The following matches were also played:

All results of the uefa champions league fixtures

The second round of the group stage of the main European club tournament is over. The results of the uefa champions league fixtures were pretty unexpected, and the fans had the opportunity to enjoy a lot of goals scored.

Liverpool achieved the second victory in the group, defeating the Austrian Red Bull at home with the score of 4:3. The hosts quickly advanced thanks to the goals scored by Mane and Robertson, but then quickly missed. After that, Salah scored twice, but Red Bull also resisted to the last second, scored two goals and had every chance of taking a draw, but still lost.

Chelsea, after losing to Valencia, beat French Lille in away game. Ajax defeated Valencia scoring three unanswered goals to the opponent’s goal and took the first place in Group H.

Borussia Dortmund overcame the resistance of Slavia of Prague, which took away the points from Inter in the first round. The German team scored two goals and took the lead in the quartet.

One of the most unexpected UEFA champions league fixtures was held in Germany, where Leipzig lost to Lyon, who is in crisis. The French successfully used the mistakes of the guests’ defenders, who allowed them to win 1:2.