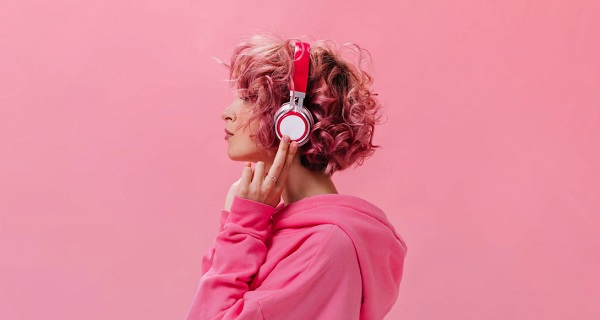 Musical culture, like all other spheres of life, is constantly evolving. New genres appear, and those that until recently were considered new are moving into the category of classics. Each new type and genre is initially perceived critically, but over time people begin to understand and accept everything new. It is worth remembering that even jazz and rock, which today seem eternal, were once extremely negatively received.

In just two decades of the 21st century, many new musical genres have emerged in the music world. Perhaps some of them will become new classics in a few decades. In this article, we will talk about the 10 most interesting new genres of music that have appeared in the 21st century.

This genre is a complex mixture of metal, heavy metal, and idol music with a touch of Japanese flavor. It sounds as crazy as it looks. But the Japanese are simply delighted with this – musical groups working in this direction gather in huge stadiums.

The year 2009 should be considered the time of the appearance of this genre. Then one of the users posted his video on a popular Japanese site with video content, in which there was his remix of an anime theme. It was made in the Synthesia keyboard learning program. Many picked up this idea and began to create their own melodies in this program. With its release outside of Japan, it turned into a real Internet phenomenon, and later into a full-fledged musical genre. Today, musicians from all over the world compete to compose melodies with as many notes as possible.

This genre combines the traditional folk music of the Shangaan people with modern club rhythms. This is such a complex mix that it is impossible to imagine until you listen to representatives of this genre. The result is fast, slightly fussy dance music.

Seapunk is not just a musical genre, but a whole subculture that was inspired by the marine theme and everything connected with it. Representatives of this culture dye their hair in the color of a sea wave and listen to the mixed soundtrack of the little mermaid. Seapunk itself, as a genre of music, is inspired by the electronic rhythms of the 90s with their ecstatic parties and huge raves.

This genre of music emerged as a term for the trend of using analog synthesizers in the midrange. Wonka is often cited as the next step in the evolution of the latest electronic music after dubstep. Among the main characteristics of this direction can be noted broken hip-hop rhythms, buzzing synthesizers, and the widespread use of eight-bit sound.

Wizard Rock was born and shaped entirely under the influence of the Harry Potter books and films. Songs are usually written on behalf of some character from this film; at concerts, musicians perform in the image of this character. W-rockers often play in schools, libraries, and bookstores, they are welcome guests at fan conventions dedicated to Harry Potter. Wizard Rock is currently performed by over 750 bands around the world.

The term “Witch house” was first used by musician Travis Edgedi to describe the occult-oriented style of music he and his friends created. The style features are the extensive use of sounds from horror films and the effects of changing the speed or pitch of the voice. Basically, this is electronic music, using symphonic synthesizers and minimalistic rhythm machines.

This musical genre appeared in the Scandinavian countries – Sweden and Finland. Therefore, he is Scandinavian cold. Squee combines simple synth melodies and basslines with soul, R&B, and funk melodies. In this genre, as a rule, vocals are used very rarely, and even if they appear in the composition, they are not in their pure form but processed by a vocoder.

This genre is an exact reference to the “digital 90s”. Music was inspired by the time when computers were big, noisy, and virtual space seemed impossible. It seemed just as unrealistic then as the possibility of earning money with betting – and now it can be done without leaving home. For example, by playing at the casino using the 22Bet app.

Vaporwave is the sound minimalism of Windows 98, the same soundtracks for the first three-dimensional video games, the neon fog of flickering screens. This is the same music that you need to listen to through Winamp 2.95 and nothing else.

No matter how different all these musical genres are, they are united by one thing: they all speak of the freedom of creativity, of a new stage in the development of musical culture. These genres have moved away from the classical understanding of music – many have abandoned vocals and replaced the sounds of real instruments with computer signals.