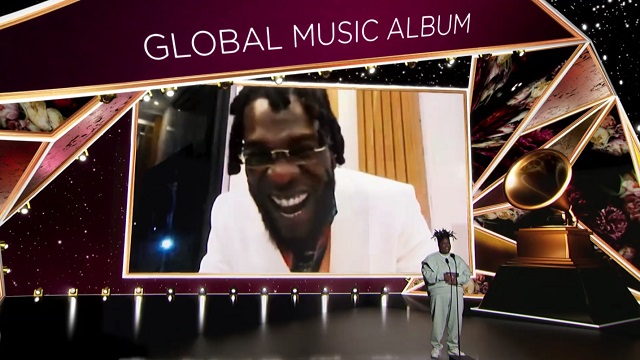 The African giant, Burna Boy has won the Best Global Music Album at the 2021 Grammy Awards.