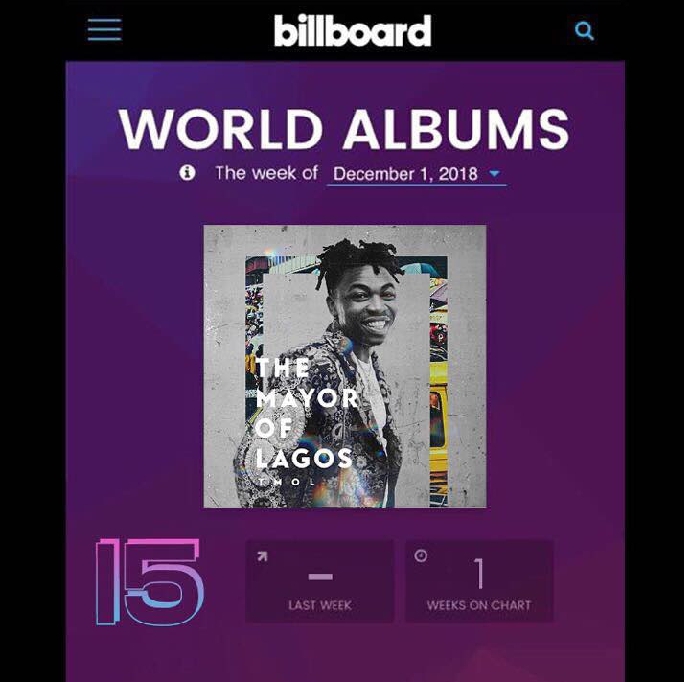 Mayorkun’s album, “The Mayor Of Lagos” (TMOL), on November 30, hit number 15 on the Billboard world album chart, following the release of the list of Billboard most recent Hot 100, on their official website.

This was made known by the fast rising 24-year-old singer, via his Instagram page, @iammayorkun, revealing how blessed he is for his very first project to make debut on Billboard.

TMOL consists of 15 tracks, and features some prominent artistes like Davido, D’banj, Patoranking and others.

'The Mayor Of Lagos' made it to the @billboard world albums chart! My first project ever made its debut at #15 – Too Blessed.. #TMOL