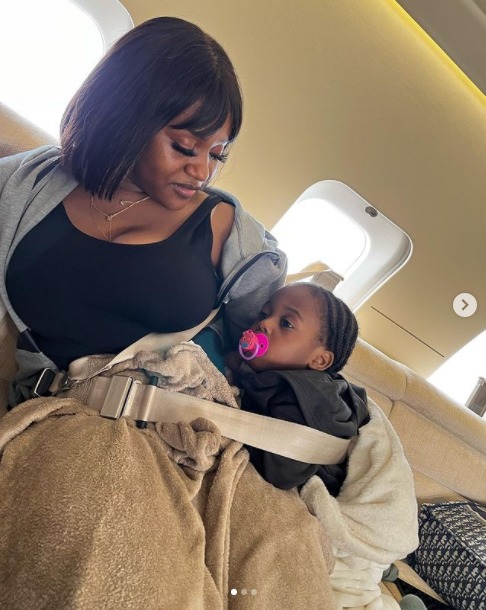 Chioma and son, Ifeanyi joins Davido ahead of his show at the 02

Davido’s Baby Mama, popularly known as Chef Chi has jetted off along with some family and friends to go support the DMW head honcho ahead of his show at the 02 Arena this weekend.

Recall,  Davido and Chef Chi’s relationship reached a milestone after Davido was spotted on social media with an Instagram model named, Yafai holding hands while on holiday in the Caribbean.

However, the two were spotted together for the first time during their son’s second birthday hosted by Davido in the month of January.

RELATED: Davido and Chioma Spotted Together

Currently, a video was shared online by Chioma’s manager in the person of Ubi Franklin, which shows they have already left Nigeria to join and support Ifeanyi’s father ahead of his show at the 02 arena which is to take place on Saturday, 5th March, 2022.

However, regards to rumours circulating the net and media that both have reconciled, we still await to hear officially from the horse’s mouth. Having known that Davido has such great love and bond for his kids, we believe Imade and Hailey will also be there to support and cheer him as he always makes provisions for them.