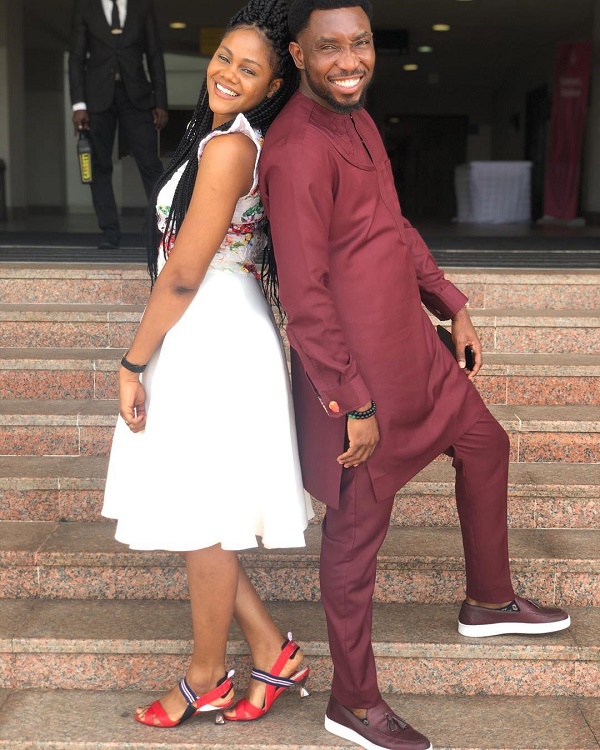 The Nigerian Police Force has sent letters to Timi Dakolo and his wife Busola, with the intent of investigating falsehood and mischief.

The letters which were dated for July 18 was delivered to the singers home yesterday by alleged armed policemen.

He revealed this in a press conference and in a post via his Instagram handle: @timidakolo, yesterday, July 21, 2019.

The singer expressed his disappointment in the countries judicial system as he and his wife are being investigated.

According to Timi, there has been no actions taken concerning the petition which he and Busola filed against Pastor Biodun Fatoyinbo of COZA in the alleged rape case, since June.

Furthermore, he alleged that the men who came to submit the letter attempted to abduct him or his wife, indicating that they were too armed for just letter submission.

Our lawyers had told us to get ready for this letter. We have long been ready for this type of institutionalized intimidation and dirtiness. Investigating officials have frustrated as a result of underhand delay? Dirty bloggers are fabricating things that cover the truth , going to the IG's people under dark to force this case to be posted to Abuja? Now this: a false investigation in Abuja when our own petition filed since June has not been answered and NO INVITATION HAS BEEN MADE TO THE ACCUSED IN A RAPE CASE????! NOT ONE MOVEMENT TOWARDS JUSTICE??? Rubbishing the legal and criminal system ? And sending a bus load of questionable armed "policemen" and shady men lying in wait to intimidate my wife and children today, forcing their way into my home? Is that how the REAL police delivers a letter ? This is best you can do? This is why all the hurting women and families havent come out with HORRIBLE THINGS DONE TO THEM???!! You picked the wrong one and you picked the wrong time. Nigerians are more awake than you think . I will fight for my wife and my children -it's the promise I made with my life and one I intend to keep .I will defend them from the unrelenting attack of a weak man who thinks he can use money and power to cover for all of his crimes. Like I said ,we have since been ready . GIVE US THE FIRE, THEN WATCH ME WORK!