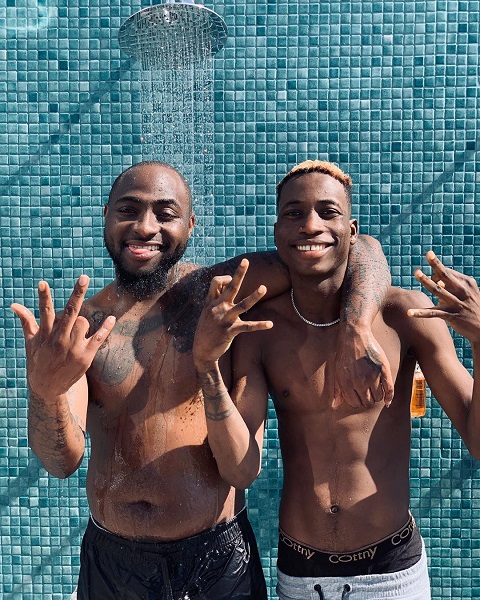 Following the domestic violence allegation levelled against DMW artist, Lil Frosh; DMW Boss, Davido has terminated his contract with the artist from his label.

Recall, we brought to you some days back that Nigerian singer, Lil Frosh was accused of physically assaulting his girlfriend, Camille Gift.

YOU MAY LIKE: Davido signs Lil Frosh to DMW Records label

The decision was announced in a statement by the record label, which was posted on Davido’s Instagram handle; @davido on 6th of September, 2020.

In the statement, the label wrote that they would not condone or take lightly issues of domestic violence which Lil Frosh was found guilty of, from their “internal investigations”.

“There is no excuse for the actions of Lil Frosh and we understand that there is nothing that can be said or done to take away the insensitivity shown,” the statement read in part.

“Upon internal investigations carried out by the label, we are left with no option than to terminate the recording contract that exists between the label and Lil Frosh, effective immediately.