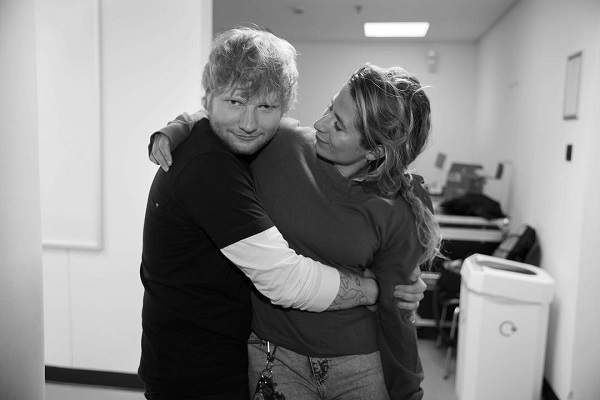 British singer, Ed Sheeran has revealed that he has gotten married to his fiancé, Cherry Seaborn.The talented songwriter did this on Friday, July 12 during an interview about his ‘No. 6 collaborations project’  with Charlamagne Tha God.

He called Cherry his wife while discussing about ‘Remember my name’ which he featured Eminem and 50 cent on.

According to him, he wrote the lyrics of ‘Remember my name’ before they tied the knot.

“It was actually before me and Cherry got married, and I knew that we’d be married by the point that the song came out.

“Someone’s gonna hear that and be like, ‘Oh, they’re married!’ I didn’t know how that would be construed, but obviously it’s already come out.”

Although the couple got engaged in January, 2018, they never made any wedding plans public.