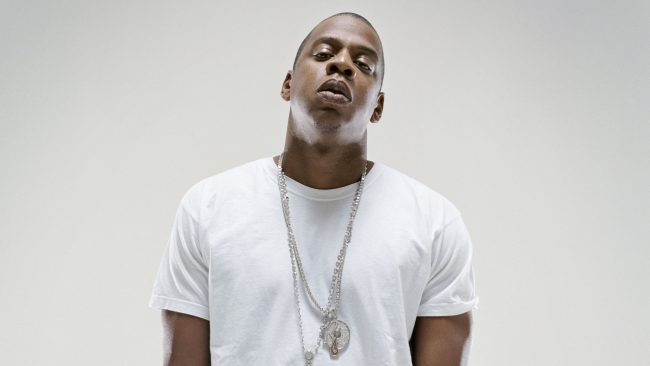 American rapper, Jay Z has reacted to, 21 Savage arrest by US Immigration for living in the country under expired visa.

American based British rapper, 21 Savage was arrested on Sunday in the southern part of Atlanta by US Immigration officials, who said he is a British citizen.

RELATED: 21 Savage was scheduled to perform at Grammys prior to arrest

According to US Immigration and Customs Enforcement (ICE),  spoke man Bryan Cox, 21 Savage is a UK citizen who came into the US as a teen in 2005.

Jay Z in a statement on Facebook, said the arrest is “an absolute travesty” adding that his visa has been pending for  four years.

“The arrest and detention of 21 Savage is an absolute travesty, his US visa petition has been pending for 4 years. In addition to being a successful recording artist, 21 Savage deserves to be reunited with his children immediately” he said.

Alex Spiro also released a statement stating that, they are not going to stop until 21 Savage is released from detention and free of any charges.

“We are not going to stop until he is released, bonded out or in front of a judge.

“What we have here is someone who overstayed their visa with an application pending for four years – not a convicted criminal that needs to be detained and removed but, by all accounts a wonderful person, father, and entertainer who has a marijuana offense which was vacated and sealed.” he said 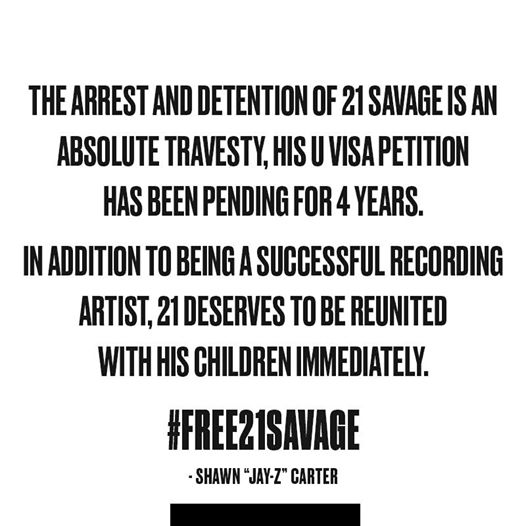