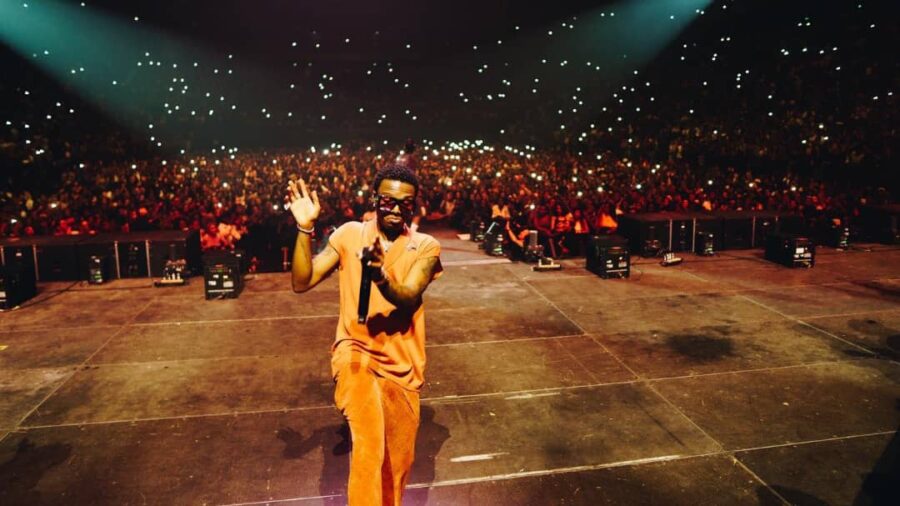 After the debut of his 5th album ‘More Love, Less Ego’ on 11th November 2022, Wizkid followed it up with a stellar Apple Music Live performance where he thrilled fans with some songs off the new album.

YOU MAY ALSO LIKE; Wizkid Thrills Crowd With Stellar Performance On Apple Music Live

Furthermore, the Apple Music Live performance gave an insight into what fans should expect at the Madison Square Concert. The 20,000-capacity hall was sold out and the audience were thrilled to a selection of Wizkid’s hit songs from all his times in the music industry.

Meanwhile, Wizkid’s official disc jockey, DJ Tunez made an appearance to thrill fans with a selection of Afrobeats classics from the music star. It was also an emotional night as DJ Tunez played Davido’s classic hit song ‘Dami Duro’ and everyone present at the concert put up flashlights as Wizkid performed the song in honor of the megastar who recently lost his 3-year old son.

Wizkid is set to tour North America in 2023 as he will perform songs from his recent album ‘More Love, Less Ego’. Fans from across the United States and Canada will get another chance to catch the Afrobeat megastar in their city.