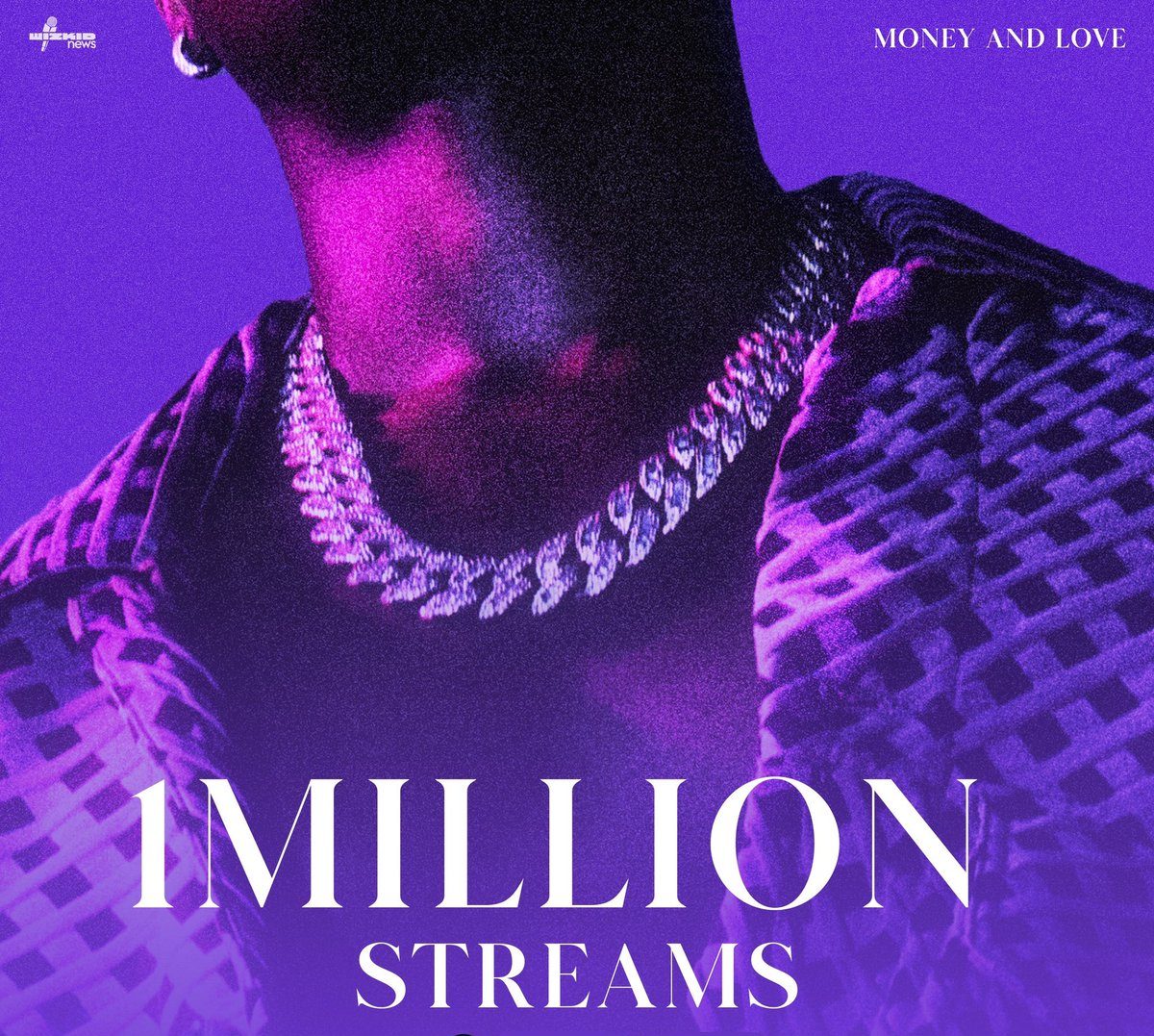 According to a tweet on the verified Twitter handle @Wizkidsource, the new single hit 1 million streams on Apple Music and Audiomack.

Futhermore, this is another remarkable achievement for the Afrobeat maestro whcih comes shorthly after his hit album ‘Made in Lagos’ accumulated a total of 500 million streams on Apple Music.

In addition, the star had announced the release of his upcoming body of works labeled ‘More Love, Less Ego’, in which he says puts forth much love to his fans.

Lastly, the hit single follows a familiar sonic template to deliver a single that sparks up interest for his upcoming album release. ‘Money & Love’ strives on a template delivery and familiar melody and a combination of horns and drums for a single that delivers a nostalgic rush.