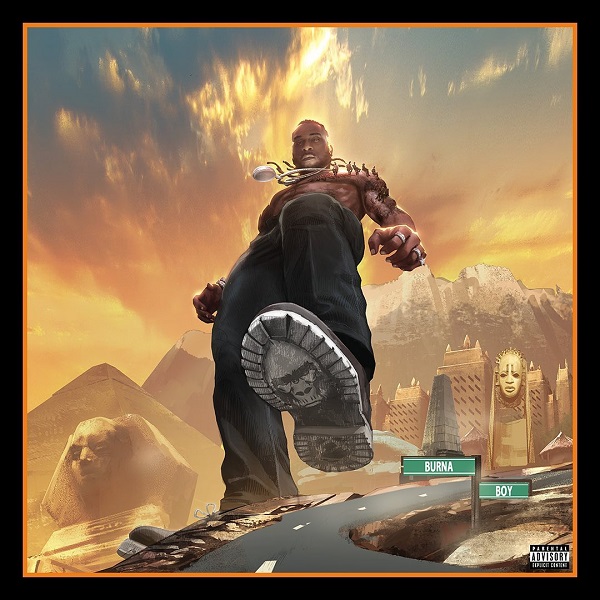 Burna Boy is back with one of the best projects of the year titled ‘Twice As Tall‘ and he is more emotional, expressive and braggadocios.

Burna Boy , who has on several occasions referred to himself as the best afrobeat artist, seems to have proven a point once again with his new body of work.

He is proof that a giant can walk without making the earth shake. He is proof when a giant decides to stomp, the earth will tremble.

Prior to this album, he effortlessly expanded his music globally, making afrobeat projects which have a touch of dance-hall and hip-hop respectively.

More than anything else he has done, ‘Twice As Tall’ puts you eyeball-to-eyeball with Burna’s fragile superstar persona with songs like ‘Bank On It‘, giving you an insight.

On ‘Twice As Tall’ he passes a lot of messages right from the first song where he narrates his plight and how he nearly gave up but didn’t because there seemed to be another ‘Level Up.’

In between the first and last song is ‘Way Too Big‘, where he brags ‘because I am way too big to be fucking with you,’ although he didn’t refer to anyone.

However, critics might think he is taking shots at Davido and also on the track ‘Nor Fit Vex‘ due to how personal the tracks are.

On, ‘Comma‘ and ‘Wettin Dey Sup‘ he revisits his Port Harcourt roots with the popular street slang and street nuggets respectively. If you recall his hit track ‘Run My Race‘, you will be familiar with the slang ‘Wettin Dey Sup’.

The single ‘Wettin Dey Sup’ starts with a controversial line, “I nor be one of those men who dey fear toto fuck nyash, check am na pa koro pa…”

Overall the album is a 10/10 which does not feel as a Burna Boy’s project but a Damini Ogulu’s album and it is one hell of a debut.